With print technology advancements, glow in the dark ink has slowly become one of the most popular styles for clothing and textiles.

The technology only used to be available for the production of items such as stick-on stars in a child’s bedroom, glow sticks etc, but nowadays it’s an astonishing special effect print that can turn something ordinary into something magical!

How Does Glow in the Dark Work?

Glow in the dark fabric is made up of threads dyed with photoluminescent materials. It contains phosphor that radiates visible light after being energized or charged from a light source.

Is Glow in the Dark Fabric Harmful?

No; glow in the dark fabrics are non-toxic and don’t contain any radioactive substance. The inks used in the dye are all water based and contain optically active chemicals that can absorb energy. meaning they are completely safe to wear / use.

Why Does Glow in the Dark Glow Green?

Phosphor glows green for a longer period than other colours. Manufacturers also choose it because the human eye can sense green light brighter than other visible colours plus it emits a stronger glow effect.

How Do You Make the Glow Effect Work?

To create and maintain a strong and long-lasting glow, you must expose the glow in the dark print to a light source such as sunlight, fluorescent bulb, UV light, or black light. The fabric absorbs the light energy making it “charged” and then stores it until the lights go out.

The longer the fabric is exposed to light, the brighter it will glow in the dark. A minimum of 30 minutes exposure to sunlight or UV light should be sufficient, but a fluorescent bulb will need at least double the time.

Glow in the dark luminance fades after time. Typically, the light released will be brighter immediately after charge and for the first half hour as the atoms are excited and will begin to fade gently as the atoms calm down. 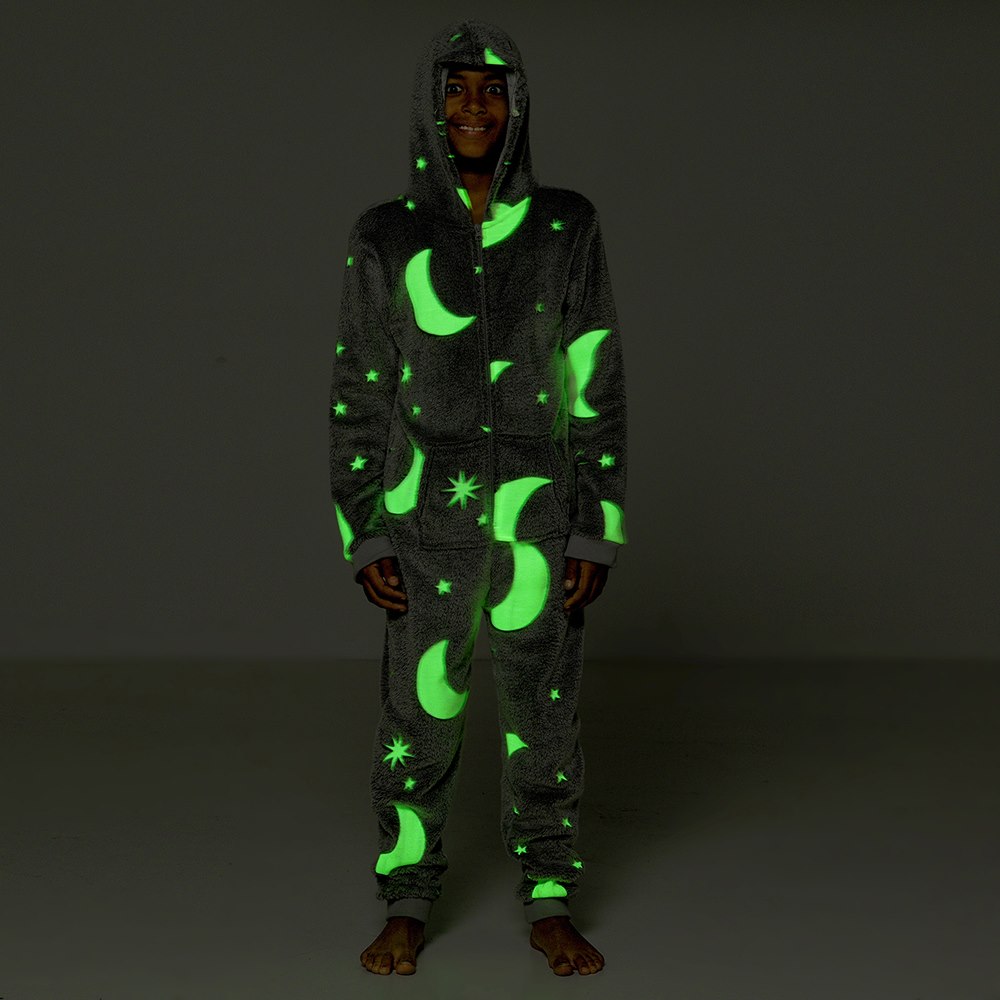 The glow in the dark feature can help children feel more secure if they're a little afraid of the dark but a night light isn't an option. It also helps with sensory exploration and creates a sense of pleasure and wonderment at bedtime.

Browse our Glow in the Dark Collection